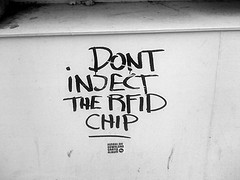 Thoughts on the AirBnB Situation

I have been watching the whole AirBnB thing with interest. There have been some thoughts running through my mind, but I didn’t want to share them prematurely, so I have held off, until now. Here they are:

1. AirBnB is something people want to use. So, even if a large percentage of people think the idea itself is unsafe and would never open their home or stay at a stranger’s home, it doesn’t matter. Plenty of people want this and there is risk involved and the responsibility for that risk falls on the participants as much as AirBnB. Because of that, there is room for AirBnB (and like sites) in the market.

2. I think AirBnB will be alright long term with regard to this issue. The sooner they can get in front of this issue, the better for those chances, though. But, other issues may hurt them.

3. AirBnB is popular and the fact that we have only heard of a few of these instances speaks well of the service. Of course, when the host who had her house trashed suggests that AirBnB asked her to keep quiet, that doesn’t inspire confidence.

I Wanted to Speak at a Homeschool Conference… But, it’s Pay to Play 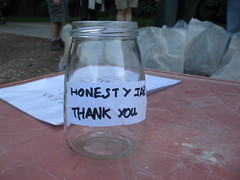 For those who don’t know, I was homeschooled for grades K-12. I think that homeschooling is a wonderful thing and, with some infrequency, when I speak at conferences and events, I encounter people who don’t really understand it, which is cool. Like everything, homeschooling isn’t for everyone and public and private schools can be great, as well.

I help explain it to them and, in those cases, I am an unintentional ambassador of homeschooling. That comes from my mom, who always taught me and my brothers that because we were different from a majority, in regard to education, some people would already have a negative view of us and would be looking for a reason to think poorly of us. We’d have to be on our best behavior to make a good impression, if it was even possible. 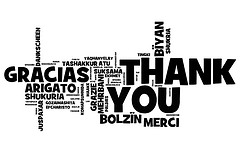 Interviewed on The Rise To The Top

A few weeks ago, I had the honor of appearing on David Garland’s awesome web video show for entrepreneurs, The Rise To The Top. We chatted about my background, the power of online community and how to pick a niche and be successful. We also talked about how I built my brand and how I market my sites without a marketing budget.

You can watch the video below and he also has an audio only version available on his website. A big thank you to David for having me. It was a lot of fun.

Where You Can Find Me, The A Team and the SitePoint Podcast During BlogWorld & New Media Expo 2010

Not only my fellow panelists, but also The A Team (Brandon Eley, Wayne Sutton and me – we’re featured on 5 panels in all, with 2 book signings) and the SitePoint Podcast crew (Brad Williams, Kevin Yank, Stephan Segraves and me). This will mark the first time that the entire podcast team has been in one place at the same time, with Kevin coming all the way from Australia.

Keynoting at Podcamp Topeka in Topeka, KS on November 6 (Please Attend and/or Sponsor!)

I’m happy to announce that I have booked my first keynote presentation. It’ll be at Podcamp Topeka in Topeka, Kansas on November 6. The event will be held at the Topeka & Shawnee County Public Library. It’s an “unconference” where everyone is welcome to lead a breakout session – in essence, a discussion on a particular topic. I’ll be leading at least one myself, following the keynote.

The event is being organized by a team led by David Lee King, an acquaintance of mine, that also includes Brandon Sheley, Alissa Sheley, Lisa Coble-Krings, Bill Ludwig and Joe Cheray. I have been so impressed by the organization of the event and David’s leadership. I believe it will be a great unconference and it is a tremendous value, as well. For the day, including lunch and perhaps even a small breakfast, the cost is only $6.11. You can register online.

BlogWorld & New Media Expo is less than a month away. For the third consecutive year (read my 2008 and 2009 recaps), I’ll be speaking at the event, but I will have more going on at the conference than ever before.

I’ll be speaking on three panels, two of which I developed and will moderate (note: it’s not the typical moderator format, I will contribute equally). So, that’s pretty crazy.

I have been busy booking speaking engagements for the late summer, fall and early winter and as some of them are coming up, I thought that I would share all of them with you, in case you have any opportunity to attend. I hope to have even more to announce soon.

I’ll be delivering a solo presentation, “Jack Bauer’s Guide to Managing Online Communities,” at Modern Media Man Summit at the Sheraton Atlanta Hotel in Atlanta, Georgia on September 10. The conference runs from September 9-11.