Cut Opportunists Out of Your Life 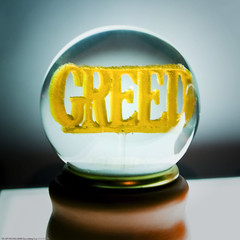 One thing I’ve learned over time is to make sure I cut a certain class of people out of my life. My label for them is opportunist, though maybe you can think of a better one. Being an “opportunist” by the definition is not a bad thing – one should always be watching for an opportunity to be successful.

But, what I mean when I say it is that I want to surround myself with people who want to be successful and want to help others be successful. People who just want to take and people who will cut in front of you or take an opportunity away from you are not your friends and are not good business partners. And so, I have no time for those people.

This post is borne out of real life experiences (such as the one below) and a conversation I had with my friend Wayne Sutton while I was at WordCamp Raleigh.

There is this guy who came up to me after a talk I gave at a conference and he introduced himself. I had heard his name before. He’s fairly known in this social media space and has maybe 10 times as many followers as I do on Twitter. He asked me a couple of questions about community and I gladly answered him, giving freely of my time.

We spoke via e-mail and he was working on a community. I encouraged him to ask any additional questions he might have.

Before another conference that we were both attending, he asked me if I could bring a copy of my book with me as he said he needed to buy a copy. Instead, I offered to have a copy sent to him for free.  We made arrangements, but he said he really wanted to get it at the conference or before, just so that he could read it before he launched a new site.

Usually it takes my publisher a bit longer to get a book out, but I asked them to rush me a copy of it, which they did, so that I could bring it with me and surprise him with it at the conference. They got it to me and I did, presenting him with it early in the event.

The Opportunity Presents Itself

Shortly after the conference, I was thinking about selling one of my sites and the site just happened to be in the niche that this person was well established in. So, I thought I’d ask him if he knew anyone who might be interested in it and could make an introduction.

But, instead, he responded telling me about how we could partner for some sort of lead generation service and we could be one of his affiliates. I had made it clear that I wanted to sell the site. But, no big deal. He asked about the price and what made it valuable, so I laid that information out.

I also decided that I’d offer him 10% of the final sale price as a thank you, just out of kindness. If the shoe was on the other foot, I would have gladly introduced him to someone I knew who was interested in his site, without expecting or asking for any cost or incentive. But, I figured it’d be nice to share the sale if he made the right introduction.

Obviously, I “sell” the site that I’ve spent a chunk of my life developing for $3,000 more and I get none of that. But, even weirder is that the person that this guy is introducing to me and the person I sell the site to is paying more for it than they have to, just so that he can make a few extra bucks. Was the guy going to contact anyone he considers a “friend” about buying the site? And then make them pay more, basically to pay him?

I don’t know about anyone else, but this made me really uncomfortable. I feel that this person is just looking for an opportunity to make a buck off of me and someone in his “network.” He’s looking for opportunities to take money away from me and from someone else. That’s not a friend, that’s not a good business partner. That’s an opportunist (again, feel free to suggest a better term!). It’s also greed.

It was just weird. After I had answered questions for free, offered to answer more, sent him a copy of the book… I asked him to help with something simple that I would have easily done for him for free and even decided to offer him a little money, too, and… he wants more.

I told him no. I did say that I’d raise the percentage to 15% if the sale reached a certain level. Looking back, I wish I had just told him no. But, I really hoped to put the site into the right hands.

It’s not like it mattered, though. After I told him that I wouldn’t give him 30%, I never heard from him again.

Wow, this is amazing. Sometimes I can't believe people can be this self-centered. Contrast this with a recent post on Thom Singer's blog for both types (good friends vs opportunistic douchebags): http://thomsinger.blogspot.com/2010/06/how-to-be-good-friend.html

Great post Patrick! I probably get unreasonably angry at people who can't see the benefit of mutual unconditional support, And for people they consider their "Network" - Come on! Maybe we should sick MacGruber on this guy.

I think your offer was very generous. The nerve of some people never ceases to amaze me or maybe that's annoy me.

Thanks for the comments and kind words, Zach and Patti. I appreciate it. I can understand getting angry at this. It definitely made me pause. Re: MacGruber: Ha. :) Thanks, Patrick

I think for sites in the mid five figure range and below you should just use Flippa IMO. It's when you're doing six figures and up that you should start looking for some sort of broker or something else. What do you think?

This is a little off topic, but yes, I did try Flippa. Thanks. Patrick

You make valid comments about watching out for them. They always appear so nice but leave you with a feeling of being taken for granted. So my question is how do you spot an opportunist? What are the characteristics? How do you separate friends from foes?

Thanks for the comment, Linda. I think that, sooner or later, they expose themselves, like the example in my post. Until then, you treat them as you'd treat anyone. :) Patrick

It's a good idea - the problem is that you don't necessarily know the opportunists until after they've wasted your time. I've got a few people I know who I'll never do business with, and a couple more I'd never give a referral to, but short of publishing a big blacklist on the web naming the names, how do you go about letting other people know, in order to save them time/frustration as well? I suspect you can't, and simply have to chalk it up to life's rich pageant.

Thanks for the comment, Michael. Yeah, essentially, that is the case. What I mean is that once they show themselves, cut them out. :) Patrick

Friends of friends used our place as a place to crash while motoring around the world not working for many many years. After a few visits, the opportunism came shining through....i had to make excuses in the end of their 3 month dry dock. take take take...and then when i did write after they left , never heard even a we are ok back from them....imagine

Sorry to hear that, Marie.

Was looking for an article regarding opportunists, and ironically, this one popped up. I say ironically as I live in Raleigh and I'm in the Digital Marketing field. Anyway - I have had my share of opportunistic folks for a lifetime! Sorry you went through this, Patrick; but thanks for putting a word out there.

Thanks Dani. Nice to meet you!

Hi Patrick, nice article. I was wondering if this guy had just bought the website directly from you for $7000 and then resold the website to his friend for $10,000; would he still be considered an opportunistic?

Hey Abu, thanks for the comment. Interesting question. Part of my view of this is that he was taking advantage of someone he called a friend. If I have something that I am selling for $7, and a person buys it from me and sells it to you for $10, is that your friend, or is that just someone trying to make a buck off you? I would lean toward the latter.

I find your take on this very interesting. In all honesty, I feel like all you've really done is come across a shrewd business man. Business transactions, for the most part, need to be objective and less emotional. You've managed to paint a simple supply and demand transaction as a person ripping of his friend of $3000. Here's another interpretation: You had a product with no buyers and a target fee of $6300 (less the 10% offered). Your new contact had the buyers and wants to make a markup. (the standard target mark up across all businesses, from retail to food ect is approx 30%). He has offered to deliver you $7000, $700 more than what you were suggesting you take. Sell it for 10K and make 30%. It's pretty simple stuff. Now a site's worth is largely open to interpretation; if he can persuade someone that it's worth 10k then that's how much it's worth (to them). I think the big hang-up you're having is that you've constructed an image of him ripping off a friend of 3k. But you don't know who his network consists of. They are more than likely just a list of business acquaintances. Let's put it another way. In the UK we have huge and popular retail site called Trouva. They are essentially an online platform for small independent retailers. You can list your product on to their global network and they sell it for you. What do they ask in return?... 30%

Thank you, I really enjoyed reading this. Yes, users, abusers, takers, takers...I had one recently...it us true, they are about take, take, take. . I'm so glad I discovered your article...I feel a lot better. Thank you.