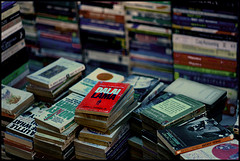 Since “Managing Online Forums” came out, I’ve talked with a lot of authors or potential authors about their efforts or planned efforts to get their work published. I’ve been through the rigors. When I held the physical copy in my hand, it had been five years since I had the idea for the book. It was three and a half years from when I started pitching it myself and about two years from when my agent, Neil Salkind, started pitching it. Since I signed the deal a year before it was out, it was about a year from when Neil started to when I signed the deal. So, I can definitely speak from some experience.

First, let me be super clear before I start: you don’t need an agent. You absolutely don’t need an agent. Just like you don’t need someone to do your taxes. It takes time, effort and gumption. You can do it. Plenty of highly successful authors sign deals without an agent. When some authors hear my advice about getting an agent, some of them take it as a personal affront if they themselves do not have one. It’s cool, you don’t need one. It doesn’t mean anything about you or your book. I would never say you needed an agent because you don’t.

And if you are unable to find a good agent, but you believe in your idea and yourself, don’t stop. Pitch yourself, create your own community and your own buzz. Make publishers want to sign you, agents want to represent you and so on. It’s no different from the music industry. It’s extremely difficult to find the artist you want in the sea of unsigned ones, but if a label executive, A&R or some other sort of tastemaker hears your record in clubs over and over again, they’ll want you. Or don’t. Whatever makes you happy. If you don’t want an agent, that’s cool, too. And beyond that, self-publishing is always an option. But, that’s another topic for another day.

With all of that said, let me explain why I always recommend that a prospective author sign with a good agent. Let’s tackle one of the more popular questions: Why give away some of your money? First and foremost, when all is said and done, if your book is published, they’ll likely have been underpaid, anyway. 15% tends to be the standard rate in my experience. When I consider all of the hours Neil must have spent talking to me, reviewing my proposals, suggesting alternatives, making changes, pitching the work, talking to editors, reading the contract, negotiating the contract and whatever else I’m forgetting, I’m not sure he even pulled down $10 an hour. Especially considering that his agency employs other people and is a sub-agency of a larger agency, Studio B, which must be taking a cut as well.

Neil was well, well worth that money. Let me break down the key reasons:

1. He improved my chances. He made my proposals better and he made my book better. He’s written a bunch of books and sold loads more. This experience allows him to offer valuable advice. His feedback and his adjustments put me in a position to be better considered by publishers.

2. He pitched to publishers I never would have and to people I never would have known. Yeah, I can pick out my favorite publishers and the publishers I know of that might be interested in the book and I contact them myself. But, in most cases, I wouldn’t have already known people at many publishers, as Neil did. And, besides, I did not think of AMACOM, which is who ended up publishing my book. Maybe I would have eventually come across them. But, by then, it might have been too late and the opportunity may have passed. He sent me a list of everyone he had pitched to and I doubt I would have thought of most of those names.

3. He improved the contract and raised the advance, covering his own fee. Neil negotiated AMACOM’s initial contract offer and was able to raise the advance by 25%. He also added several clauses that I would have never thought to add, including a couple that I found to be particularly good – things that protected me in the future and saved me money. The amount that he raised the advance by, alone, more than covered what his 15% would end up being. 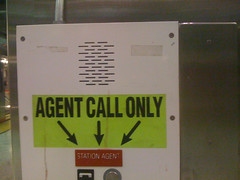 4. He was the buffer between me and the publisher in negotiations. As professional as we are, as much as we might promise ourselves it doesn’t matter, that we can stay impartial; there is a personal element to this and the people that you will be dealing with at your publisher. If you, the author, negotiate your contract, you’ll be pushing back against them and perhaps causing some negatives emotions to be created on both ends.

Whether it be doggedly insisting on a higher advance or refusing some clause, people remember. This is one of the benefits that athletes with sports agents have. It’s a buffer between them and the team, helping to maintain love between the two sides. Scott Boras is the bad guy sports agent; his clients aren’t. The negotiations are done by a third party – your agent. So, you will be less offended when the publisher refuses to include something in the contract and the publisher will be less bothered by you or your agent insisting that a change be made.

5. He looked out for my interests. Good agents look out for your interests. If they don’t, then they’re not a good agent. Neil added things into the contract that made him no extra money – but saved me money. That’s what a good agent will do. It’s good to have someone in your corner. The publisher, best case scenario, will offer you a deal they feel is fair where they feel they have the potential to make a nice profit. They look out for their side – not yours, and nor should they. This is a business.

As such, having an agent or someone representing you allows your side to be better represented without you having to personally be the one emotionally engaged in negotiations. Neil was a persistent, positive force. Even when we were flooded with nos, he remained positive and stuck with it.

6. He saved me time. Think about all of the things that I said that my agent did. And now imagine if I had to do all of those things myself – or, at least, try to. It would have been more of a burden for no discernible reason or tangible benefit. Writing, finishing and promoting the book was more than enough, already.

Hopefully, in these five reasons, I’ve illustrated why I think it is much more preferable to have a good agent. You may notice I keep saying good agent, instead of just agent. Well, that’s because not all agents are good. So, how do you find a good agent? I found mine through recommendation from Jeremy Wright, a long time friend that I trust. That’s the best way, if you can do it. But, if you can’t, do your research. Take to Google, search the agent’s name, contact authors they have worked with, etc. How would you identify a good attorney? How would you identify a good babysitter? It all works the same. Good luck.