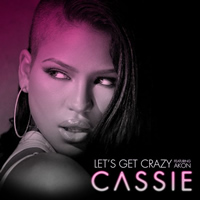 For the second consecutive year (see 2008), I’ve culled my Last.fm listening data in order to map out the songs and artists I listened to most in 2009. Instead of sharing it all in one post, this time I am going to break it up into two and this first post will cover individual songs.

This data takes into account only the top 500 songs from my playlist in the past year, as that is all that Last.fm displays. With that said, here are my top 25 most played tracks of 2009 (if the song was ranked last year, I’ll include a mention of that at the end of the listing):

Analysis: Haha, yes, I am a huge, huge Diddy fan. That’s no secret. 11 of the tracks feature him (or Dirty Money), up from 9 last year. 15 feature a current or former Bad Boy Records artist (down from 17 last year).

It’s odd to see that second The Lonely Island track up there. But, it’s a funny track that’s also insanely catchy, so I guess that explains it. I didn’t expect “Next 2 Ya” and “Talk Go Through Us” to be so high up, either.

In part 2, I’ll chronicle the individual artists that I listened to the most in 2009.

I'm not a fan of any of there songs, but surely you have your own taste and it is highly visible that you have a vision of music - and that is good in my opinion. I like more rock and electronic elements in songs and that is just my taste, probably I would also choose to such summarize songs that you won't like and many people won't even know.