I do a lot of (more professional) writing for other sites and, because of that, I’m in contact with a lot of PR or marketing people. So, I was sent some information about the new MySpace design by someone at MySpace and I don’t really have anywhere else to post it. Yet, I found it interesting. So, I thought I’d post it here. Techcrunch has a story on it but they didn’t post up all the mockups and details, so I thought I would.

On June 14, MySpace will be announcing a global redesign that will include some big UI changes to the site’s homepage, navigation, profile functions, search and the MySpaceTV video player. It’ll begin on June 18 with the new homepage being redesigned. The design itself has been in development since December 27.

Here’s the full details as well as mockups of the design: 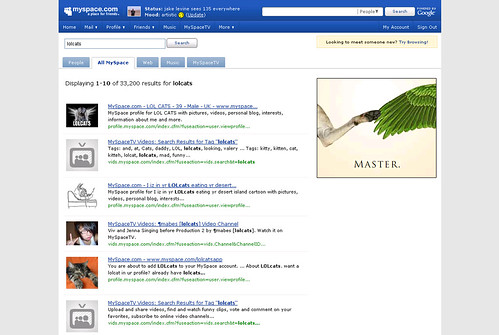 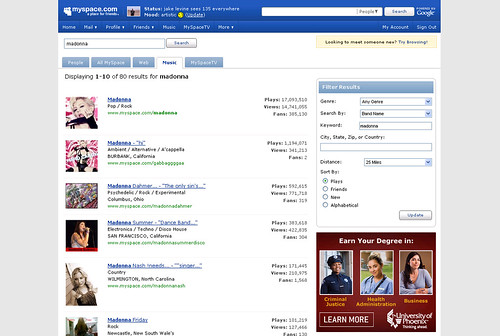 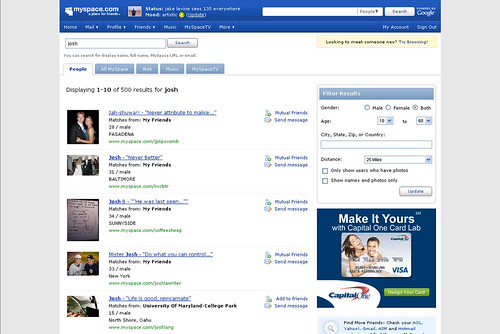 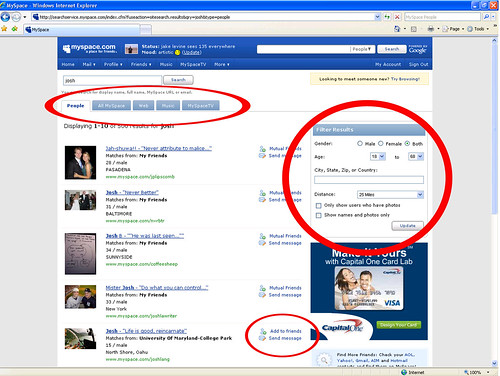 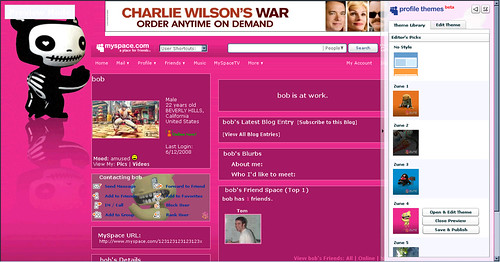 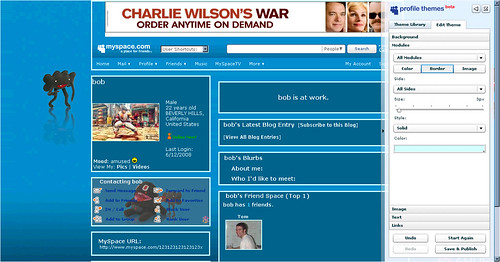 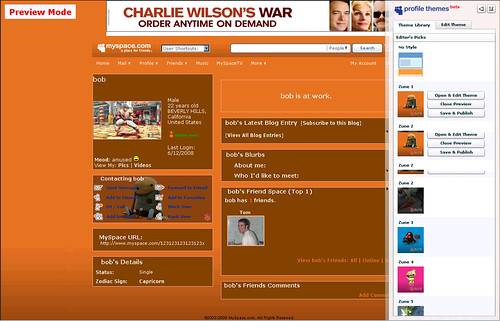 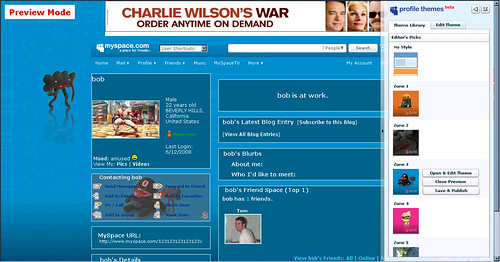 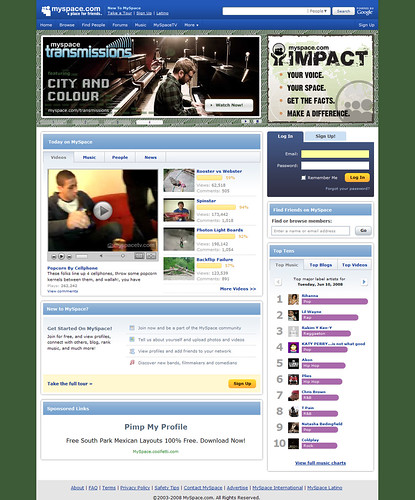 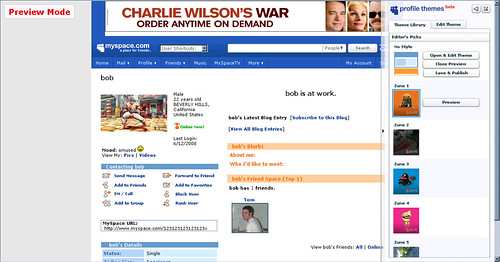 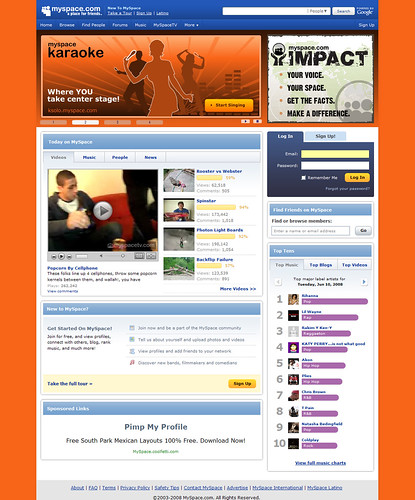 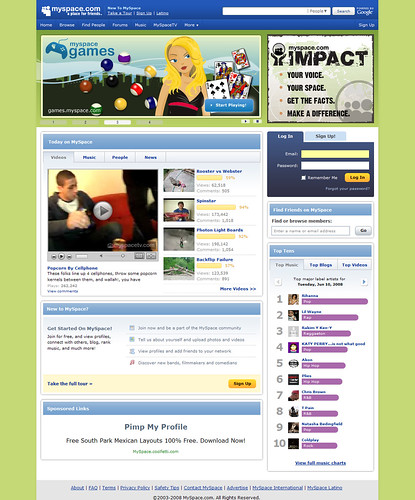 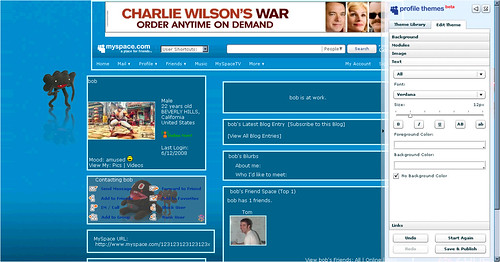 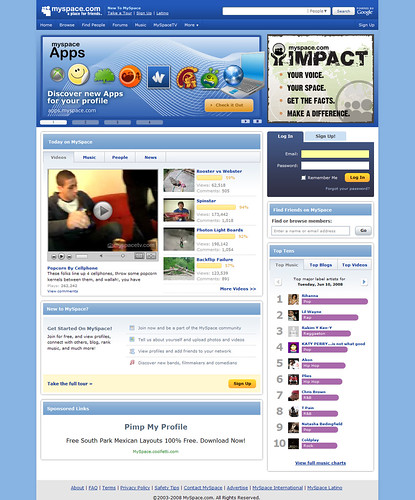 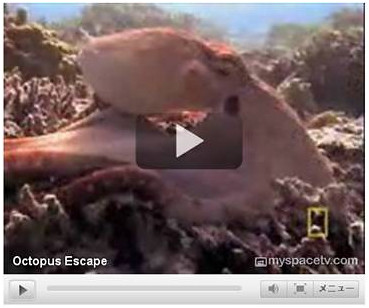 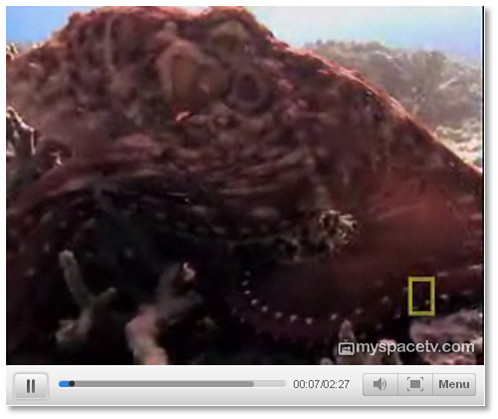 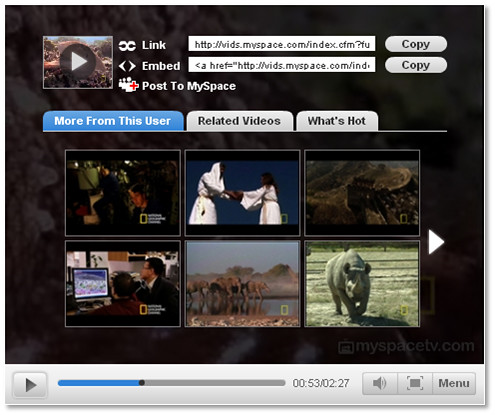 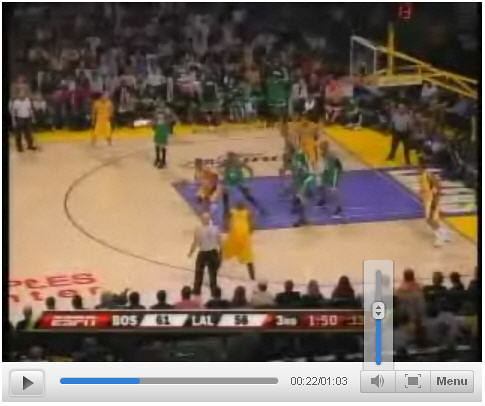 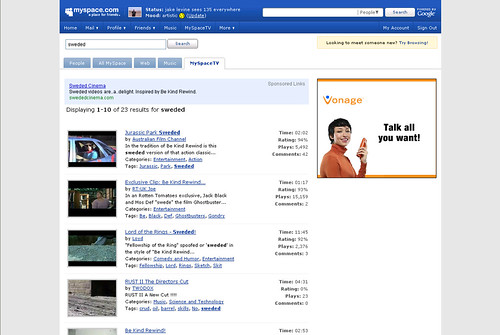 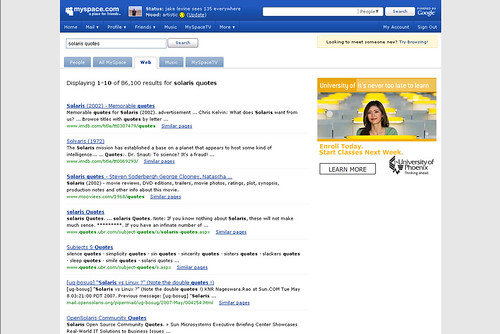 OVERVIEW:
• MySpace, the most trafficked website in the United States, is unveiling a high profile global redesign initiative next week.
• On Wednesday, June 18—MySpace will roll the first phase of its user interface and site relaunch.
• MySpace is rolling out changes in 5 major areas continuing upon its commitment to innovation and product launches that empower users to better connect around community and social functionality
• This is the largest scale re-launch for a website of this size.

BACKGROUND
• Over 6 months ago MySpace began its redesign project to widen the demographic and increase user engagement
• The project set out to expand MySpace’s existing global community base of users by creating a more intuitive navigation, improving usability, and empowering users with easier access to MySpace’s core community features such as Music and Video via the new navigation.
• We’ve spent months with research, which has included in-home usability studies, online surveys, impromptu testing, focus groups, online feedback studies, blog posting responses, and feedback sent to Tom’s inbox.
• MySpace has been on a fast-paced track of innovation rolling out such features as friend categorization, friend updates (allowing users to actually subscribe to friends), and by putting new design elements in the hands of the users such as the new theming choices.
• This announcement maps back to how we view the Web to evolve as in increasingly social and community-based platform.

1. Homepage
• On June 18th, the MySpace homepage will be re-launched
• The homepage redesign is the first step in many innovative MySpace site changes to come this summer
• We have been working on this redesign since December 2007, and have gone through many iterations and tested ideas with users to create the best possible user experience
• This is more than a facelift; we’re changing the way people interact with the site and with brands
• In an innovative advertising campaign, a major advertiser has signed on to take over the US MySpace homepage on the first day of the new redesign—users will see the full redesign on June 19th

2. Navigation
• We’re completely overhauling our site navigation
• The thought behind new navigation is to focus on MySpace as a community
• There is a greater emphasis on search and the community aspects of MySpace
• We applied industry leading information architecture and usability based design to enhance the user’s experience traversing MySpace

3. Profile Editor
• We are updating our profile editor to make it easier for users to access a more creative palette of page themes
• This is the first step in a complete profile and profile editor redesign
• The new editor allows users to pick profile themes with single click
• It lets user modify basic themes created by MySpace
• It empowers users to create profile styles with no knowledge of html

4. Search
• We have drastically overhauled the look and feel of search on MySpace
• There have been 20 billion searches globally on MySpace this year
• MySpace is ranked third in total number of searches by any site
• MySpace is working with Lucene Open-Source engine and community, marking the first time MySpace has contributed to the Open-Source community
• Search now has a consistent, clean user interface with enhanced relevancy scoring
• We have improved filtering by location, and relevancy to our search algorithm
• Search results will now be tabbed with the following categories. The most relevant to the search tab will be highlighted
o People
o MySpace site
o Web
o Music
o MySpaceTV

5. MySpaceTV Player
• The MySpaceTV player has been overhauled for a much richer user experience
• The new player includes scrubber, time-stamp, volume memory, new menu system, greater sharing functionality and more
• We are initially releasing the new player on all of MySpaceTV.com, with embedded videos to roll out soon
• The player fully utilizes Flash 9, with a true full-screen mode
• There is a new menu option, which encourages the user to share and interact with content – and search within the player
• The player focuses on community with tabs that show videos “More from the User” and “Top videos playing on MySpace today”
• The player offers a more flexible advertising platform with multiple Ad Providers and formats (pre, post, ticker, companion banners).
• It also enables full support of HD, for ADP
• International, language specific players (e.g. Japan)

Stats about the MySpace Homepage
• The MySpace homepage has a higher 18-34 composition than any other portal
• 25% of Americans are on MySpace
• MySpace is the most trafficked website in the US
• 12% of all online minutes are spent on MySpace
• 13.6% of all internet users in the world are on MySpace
• With 15 languages available, MySpace is the most translated social network
• MySpace is the place where bands and artists hang out online…over 6 million world wide…to connect with fans and share their music
• On average 300,000 new people sign up to MySpace every day

Looks like a much overdue update. It feels like a shower. Now if they can just force out all of the horrifying layouts everyone has.